What type of crib? Conclusion!

As we were settling on what crib we might want, I decided I wanted to change things up and get at white crib! It was totally out of the ordinary for me since all of our other furniture is black. I think the biggest factor was when I found the perfect dresser for the room (I'll post about that soon), it's green and "vintage." I decided the other furniture should be white.
I was surprised at how few options of white cribs were out there. Most cribs were either dark or a natural colored wood. Then one day we were super lucky! We went to Babies R Us and saw a crib design we loved, but it had this one green stripe on the top. Talking to Joe I said how frustrated I was that they had to ruin the crib with a green stripe, what if you couldn't ever match that green! Then when we talked an employee and he revealed to me that the green stripe was changeable! The crib came with 2 slats, each side a different color. By changing the accent slats the crib could have green, pink, blue, or white (!) accents! This changed everything. Not that I would change the slats often or at all, the option was there, a bonus I had never considered. The best part was that the crib had not been selling well and it was way marked down. The original price was $500, which is way out of our budget, but they marked it down to $200! Plus when we put it on our registry we could get 10% off when we did the registry completion! 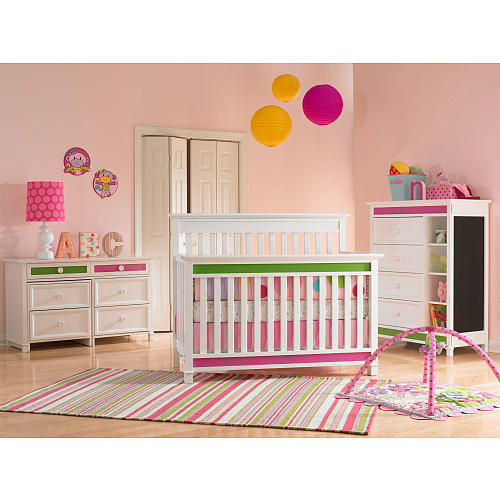 Here's a link to the crib through Babies R U, it's the only place I've seen it for sale.

This is what the crib looks like in all white. I love it. 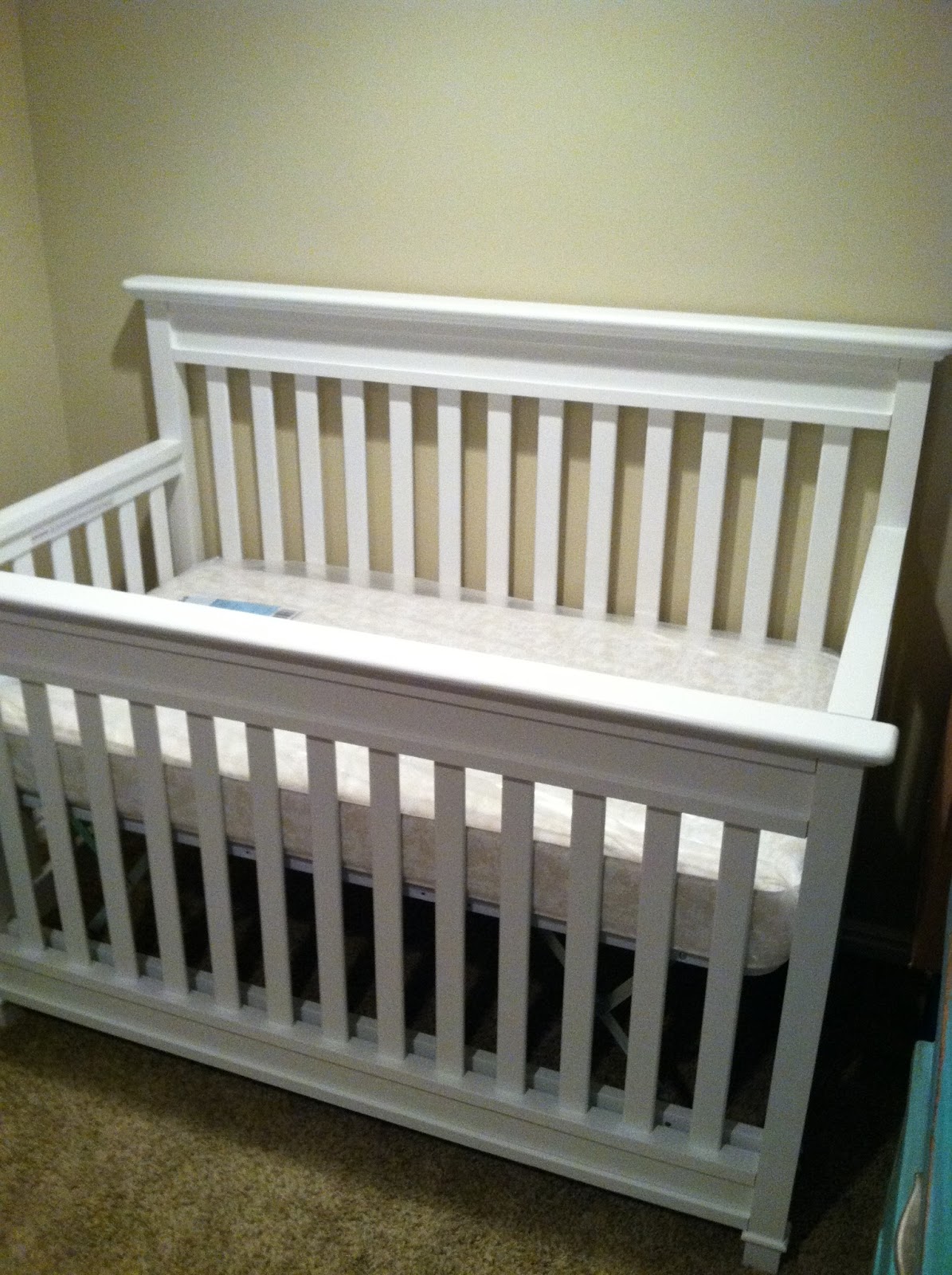