When I was younger I thought breast feeding was super strange and I decided I wasn't going to do it. When I finally became pregnant 15 or more years later I realized my view on breast feeding had completely changed. As an adult I learned and realized that breast feeding was more than just providing food for your baby, it was also about the bond between baby and mother that was created.

I knew from other's experiences that breast feeding wasn't always easy. Sometimes the baby needs a lot of help to latch correctly and to actually get enough milk. Other times your body and your milk doesn't cooperate, and your milk never lets down. I have found that a lot of problems I have heard about could have been mitigated with more breast feeding education, a visit with a lactation expert, and a really good pump.

Since I decided that I wanted breast feeding to work for me, I chose to educate and prepare myself as much as I could before my baby was born. The hospital network near me offers lots of classes, including a breastfeeding class. It was one night and husbands were encouraged to attend, because their support is helpful when things get tough. They also recommended having the lactation consultant at the hospital meet with you individually to make sure everything was working correctly. In the class we learned about proper placement of the baby's head and mouth, and effective ways of holding the baby during feedings. One very important thing we learned is that breast feeding should not hurt, if it hurts then the baby's latch was wrong. The baby should be sucking on the entire aeriola not just the nipple.

We also learned the importance of an effective breast pump. Breast pumps are not just for women who are going back to work. Pumps can help stimulate milk production. The more sucking that happens, either from your baby or a pump, the more milk is produced. It's a supply/demand relationship. If the demand is there, the supply will follow. It's also a great way to stock up on freezer milk. Even if you want to exclusively breast feed your baby, to me meaning no formula, you can still incorporate a bottle of breast milk. Once your baby has established a good routine with nursing, you can try a bottle feeding. I would suggest that dad or another care taker start the bottle feedings, so that the baby isn't confused by mom holding her but not feeding her normally. Once both feeding styles are established, mom should be able to start bottle feeding without too much difficulty. Our experience was that our baby would take a bottle, but we became lazy and didn't do it frequently enough early on, and she stopped accepting a bottle all together.
I used the Medela Freestyle Breastpump and loved it! I bought it with my flex spending money, which was super awesome. The freestyle breast pump is the best because it has a double pump option and the ability to be hands-free. I never took advantage of the hand-free, but I did double pump a few times if I was in a hurry. I liked the convenience of the small pump controls, I could bring the pump anywhere and it wasn't heavy to carry around. I also really liked the two phase expression technology they have, I felt like I was in control of the pumping and it was effective. 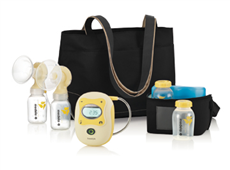 My start to breastfeeding was a little rough. I had a semi-emergency cesarean section so I had to wait a little bit to hold my baby, but after I was moved to a recovery room I was able to have some skin-to-skin time and a nurse helped me start feeding my baby. The following day was of course hectic with visitors and figuring out what was happening, and by the end of the day the nurses were worried about our baby's weight. We were told we needed to start supplementing her feedings with formula. I was shocked and hurt. I couldn't believe that I wasn't providing enough nourishment for her. We tried a bottle, but I was frustrated and wanted to be able to nurse her. 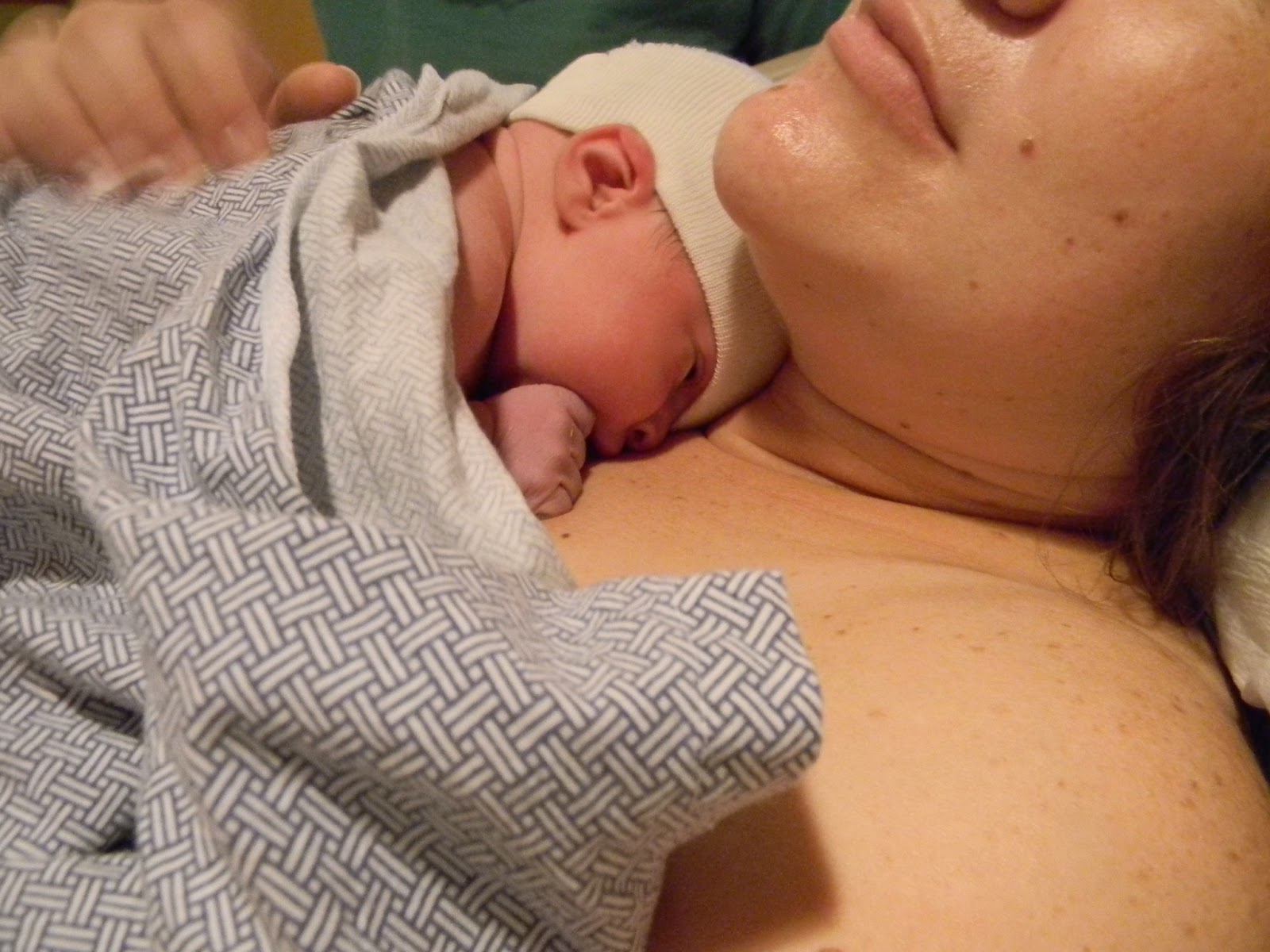 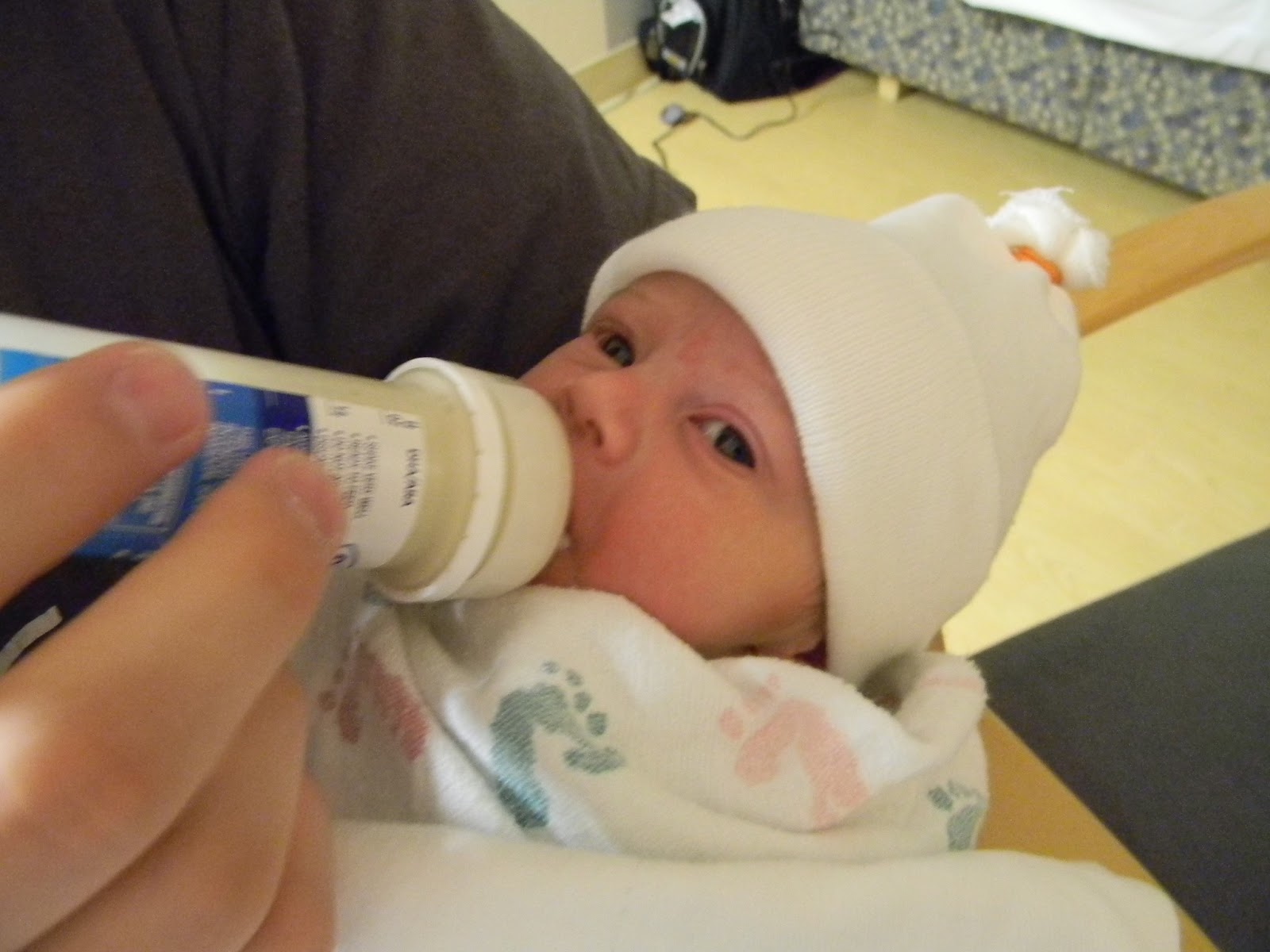 So we switch to tube feeding. It was tricky, and required a lot of adjusting to get it right, but I was happy to struggle through since it would continue helping her get used to breastfeeding. Tube feeding is when you have a syringe resting on your shoulder (or being held by your husband) and a little tube draped down by your nipple. The trick is getting your baby to latch on to the breast and the tube at just the right angle so that she'll suck down the formula as well as a little breast milk. I also used a pump provided by the hospital to help stimulate my milk production.


After about a week of tube feeding we met with a lactation consultant recommended by my pediatrician. She was fantastic. She weighed our baby before a feeding and then helped me latch her on correctly and weighed her after the feeding. She indicated that the baby was getting enough and we could stop the tube feeding. I was thrilled! I learned some additional tricks from the lactation consultant and felt confident about getting my nursing back on track.
I spent a lot of time tracking my nursing and making sure my baby ate often and for long enough to get the good hindmilk. I realized that in the hospital I wasn't paying enough attention to how often I was trying to feed her, and I think that is what caused her to lose too much weight. Now I know, and tell everyone, that even though it's fun to have visitors and you don't want to make them feel uncomfortable while you breast feed your baby, you need to do what is best for the baby and feeding them often and for as long as they want is the way to go. Your visitors will understand.

Through our breast feeding history, our best feedings happened at home in our glider using our boppy pillow. We were both comfortable and it was quiet. When my baby reached about 4-5 months if there was something more exciting going on it was hard for her to concentrate on eating.

I had decided I wanted to keep breastfeeding as long as my baby would do it. A couple things that I found helpful to continue breast feeding were a nursing cover and nursing tanks that attach to your nursing bra from Undercover Mama. The nursing tank really gave me the confidence that I could nurse easily in public, and I didn't have the extra bulk of a nursing bra and a nursing tank. I didn't need to worry about my shirts coming up and showing too much skin. Combining that with a nursing cover I felt comfortable nursing just about every where. 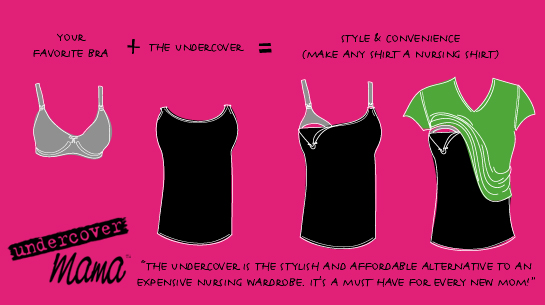 I loved the time I spent nursing my baby. I definitely felt a special bond with her and the cuddle naps that happened after nursing were fantastic. It was a sad moment when I realized I needed to stop breast feeding. I would have continued nursing beyond a year, but we ended up having a trip planned just after her first birthday so I needed to wean her before then. It was a hard transition. She didn't understand why I wasn't nursing her at bed time and I wanted to so badly, we both had times of crying. But we survived the transition and she's doing awesome with milk. We skipped bottles all together with the milk and just do sippy cups, which I think has helped.

I hope that breast feeding will happen with all my kids, and I plan on nursing them as long as we can both stand it. There isn't anything quite like the bond that breast feeding creates.
If you aren't fortunate enough to breast feed, or if it isn't for you, you can still spend time bonding with your baby while you feed them. Even though feeding through a bottle removes a bit of the necessity of you being around, don't give in to the urge of propping the bottle, or always handing the baby off. Take the time to cuddle your baby and experience the closeness that providing food and comfort can bring. Babies aren't babies forever!